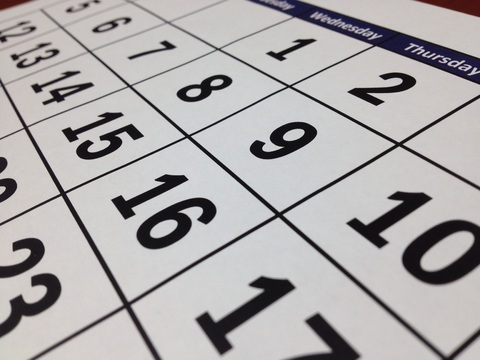 So, you have decided to move to another house/apartment? Well, congratulations are in order then! That is a big decision by anybody’s standards and also not an easy one at that. Leaving your home, especially for the first time is never an easy thing to do. Now, if you have been moving a lot, it is less emotionally stressful, but it is always a really big organizational endeavor. Many things have to be considered carefully if you are to do move with as little stress as possible. For instance, packing your belongings is not so much a complex thing to do, as it is a marathon of concentration. Deciding when is the best time to move home is another tough question you will have to answer.

If you decide on moving to Florida for instance, the weather may play a major role. Also, finding the best of the moving companies depends on which time of the year are you looking for moving. It is important that you are aware of the fact that there is essentially almost never a good time to move. Whatever your reason for moving may be, it will always depend on many factors, with each making the process more complex. That is why you have to do everything you can to plan this ahead of time.

The first step is to acknowledge that it will be a tiring affair. So, once you decide that you are going to move, you have to start planning. Depending on what you choose as the best time to move home, your options will vary. Picking a good moving company and setting up the move date should be your first concern. So, with this article, we are going to help you decide when is the best time to move home.

Around the year, when is the best time to move home?

It is important to be aware of the fact that not everybody’s definition of “the best time to move home” is the same. For some, the best time is that during which the move will be the quickest. Other fell like the best option is the one that costs the least. For the majority, however, it is the mix of the two. So, when talking about moving we are looking for the part of the year that will cost less and when it will be easiest for us the set up a moving date with a good moving company.

Luckily, those two features correspond to each other in a rather convenient way. The best time to move home when talking about the best part of the year is somewhere between late September and the end of April, or the start of May.

How does a moving season work?

About 70% of all moving happens in the late spring and throughout the summer, and there are two reasons for this:

So, by avoiding this time of year you are much more likely to set up the moving date that best suits you. However, this is not the only perk. Since the September-April period is actually not the busiest period of the year for movers, but actually the opposite, you are more likely to get better prices from the moving companies due to their jobs flow being lessened that during the summer.

Don’t forget about the weather

The weather factor is also important here, though circumstantial. If you are moving to Florida, the help of the best of the licensed movers in Florida will be better able to work during the winter season and spring season that during the summer due to high temperatures. The opposite is true if you are moving to the northern parts of the country.

What is the best part of a month for moving?

This is also an important factor in determining when is the best time to move home. Experts generally advise that you move during the mid-weeks of a month. Of course, if you can make your schedule work fit into that. Why is this? Well, generally, this is when the moving companies have the least amount of jobs. It is because the majority of leases ends (and starts) on the first day of the month. So, if you can make this work, it is best to move around the 15th of the month.

Which day of the week to chose?

We are aware of the fact that this is not an easy thing to do for everyone since that means you will be moving during a weekday. That is true for the majority of people at least. But there are several reasons why you should aim for this. First of all, it is a matter of finances. People usually go for weekends when planning a move and that does make perfect sense. People usually don’t work during the weekends and they have more time to deal with moving.

The moving companies know that too, which is why their rates are higher then because of the higher demand. Second of all, there is a low number of weekend days in a month. On the other hand, if you can skip one working day, there are many more weekdays to choose from.

What is the best part of the day to start moving?

Well, this comes as no surprise – The morning is always the best option for starting your move. The moving companies prefer to do their job in the early morning hours. First of all, you have the whole day to deal with your move. Secondly, you can use most of the daylight. Thirdly, if you are moving during a warm day, you will get more hours of the cooler weather this way.