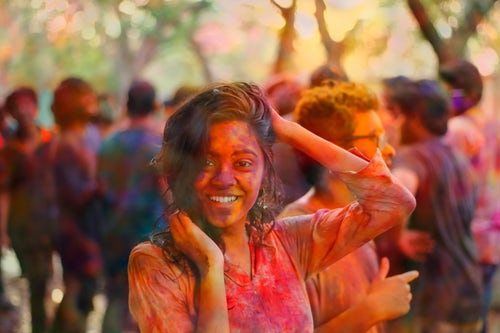 The state of Florida is one of the world’s most instantly recognizable places thanks to its iconic beaches, the legendary sunsets and its most popular city, Miami. Living here means living in a warm climate with constant access to the sea, but it is not just that. Florida is a very attractive destination for people who want to move here as well as for people who are coming as tourists. As is the case for the entirety of United States, the same goes for Florida – It is a melting pot of numerous nations, religions, and cultures, meaning you can find virtually any of them on the streets of Florida’s cities. Lake Worth is no exception which is why we have prepared a list of popular festivals in Lake Worth.

Some extra information (in case you are thinking about moving here)

If you are thinking about moving here, bear in mind that you are probably going to need some help. Hiring a good moving company such as Moving Kings Van Lines FL is the best possible decision to make. Moving to a new home is never an easy task as there are so many things that you have to do. Having someone responsible for backing you up and doing the hard part professionally is a great feeling. So, do not hesitate and hire a moving company and set up a moving date. If you are thinking about moving, it is best to do it as soon as possible. The season starts in summer, and it is best to avoid it if possible. Now let’s see what festival you can enjoy in Lake Worth.

The Street Painting Festival is easily one of the most popular festivals in Lake Worth. Tens of thousands of art admirers attend the festival each year. In recent years there have been as much as more than 600 artists, participating in it. Ever since a small group of the city’s residents found it in 1995, this festival has been growing steadily every year. Today, it is one of the most popular cultural events in the area. The I Madonnari Italian Street Painting Festival of Santa Barabara is the Street Painting Festival’s chief role model. Some estimates claim that there are around 100,000 visitors to the festival each year. Each February this festival is held with the help of numerous contributions from artists, sponsors, etc. It is one of the major tourist attractions, so the city’s contribution is also really important when it comes to organizing it.

The Lake Worth Street Painting Festival’s managers Erin Allen and Maryanne Webber call the festival “the world greatest street art show in the world”. Arguing against such a claim is not an easy task. Having amassed the mentioned 600+ artists on one spot gives them every right to claim something like that. The downtown streets of Lake Worth turn into a gallery of mesmerizing works of art. Due to the impact that this festival has on its visitors, it is not uncommon for people thinking about moving here to be swayed towards that exact decision and hiring movers Lake Worth FL thanks to this festival. Visitors can enjoy a diversified variety of numerous unique styles and art pieces of traditional, and contemporary as well as 3D art. The whole festival has rather close ties with Lake Worth and the city’s officials.

If you are thinking about buying a house in Lake Worth, you have to know that tradition is really important here. This year the South Florida Garlic Fest has celebrated its 20th anniversary. This festival gathers all the homegrown talent in one place. It is a perfect outlet for the chefs and local artists to introduce themselves to the public. Every year more than 40,000 people come to celebrate and enjoy this festival from all over South Florida. The festival has been steadily growing and improving ever since a group of Palm Beach County residents found it. This was their way of providing funding for the local non-profit organizations. The whole point is to support the artistic and educational potential of the city’s youth. Some of the best food you will ever try is here, so do not hesitate and come here as soon as possible.

Dia De Los Muertos festival is one of the most important festivals of the city of Lake Worth. It is based on The Day of the Dead holiday that comes from the Latin countries to the south. It is heavily celebrated in Mexico, and parts of South America. However, it is getting more and more popular even in some parts of North America. It is a fact that the Dia De Los Muertos is a bit strange holiday to those unfamiliar with it. It lasts for two days and it is meant to celebrate a reunion between the living and the dead. The families create their own personal ofrendas (the offerings) in the honor of the deceased family members that they have lost. They use brightly-yellow marigold flowers, the pictures of the departed ones, and their favorite food and drinks in order to decorate the altars.

According to the traditional belief, the spirits of the deceased family members will join the celebration when they sense the offerings after they leave the other side. This is a very unique holiday as it celebrates life and death both. It is easily one of the most popular festivals in Lake Worth and in the surrounding area. Besides the decoration of the altars, there are many other interesting activities. Live music, dancing and face painting are all a part of this interesting tradition. There are also exhibitions of the decorated altars as well as many food vendors that sell unique products. The arts and crafts sections of the festival are also very important. Throughout the celebration, you can see and feel the very soul of people taking part in the festival.