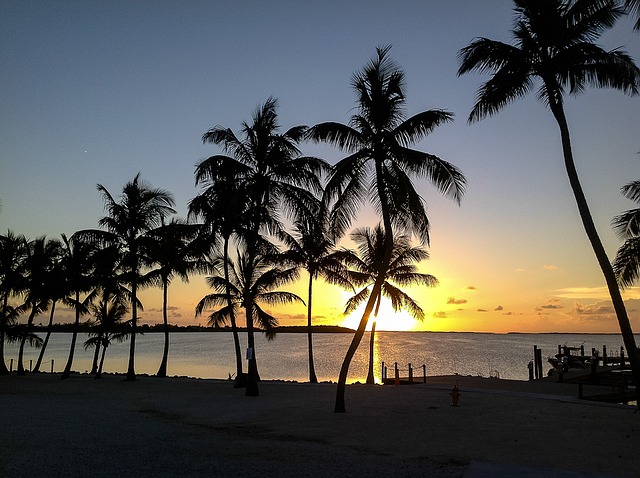 Who does not like sunny weather and nice sandy beaches? There aren’t many of those people around. This is why Florida is such a popular destination. It is pretty much always sun throughout the year and you can always go for a swim. There are many interesting cities, towns, and villages throughout Florida, and one of them is Boca Raton. This city is located in the southern part of Florida, in Palm Beach County. Boca Raton is a really interesting place to visit. There are approximately 95,000 people living here, and about 200,000 in the whole municipality. The area is, as is true for Florida as a whole, very active and full of interesting tourist attractions, and is also a great place to move to. Many festivals are held here throughout the year and if we have prepared a list of best festivals in Boca Raton for you.

One of the best things about the United States is that it really is the world’s melting pot. Across the States, you can pretty much find every nation imaginable here. Some are more numerous than others, of course, with the Chinese being a prime example (um, China-towns anybody?). Due to their proximity, it is no wonder that the Europeans are a huge part of USA demographics since basically, every European nation has their representatives here. Among those are, of course, the Greeks. For some reason, they have picked Boca Raton as the go-to place for Greeks in Florida. Boca Raton movers have had their hands full by the strong influx of Greek people here. They are very numerous here and it comes as no surprise that they have made a great impact on the Boca Raton community. So much so that there is a whole festival dedicated to their culture.

The Greek Festival is without a doubt one of the best festivals in Boca Raton and entire Florida. This festival is held on the last weekend of January. The Yamato road is filled with thousands of people every year. They all gather here to party Greek-style and immerse themselves in Greek culture and cuisine. There are many authentic drinks like various beers and wines to taste, as well as many, many different meals. The Greek cuisine is famous for its rather unique ways of making sweets like ice cold frappes and the delicious loukoumades. The traditional sounds of the Mediterranean Sea fill the air with its exotic rhythms as people dance for hours. Their folk dances can be seen here, and it is a given that they will try to teach you their dances. Also, you can buy custom-made jewelry and souvenirs here at the international marketplace.

Festival of the Arts

What is life without art? Whether we want to admit it, or not, we all need it. There are many forms of art out there, and it virtually impossible to count and classify all of them. It is evident, however, that human beings need art, and there is an art form for every one of us out there. Now, the people of Boca Raton, North Broward, and Palm Beach County are more than aware of this fact and this is where the Festival of Arts, one of the best festivals in Boca Raton comes into play. This festival was established in 2007, and its purpose is to promote and develop artistic tendencies among the locals. The visitors feel very special when they come here and experience it, as the wide variety of cultural offerings is more and more interesting every year.

There is always something for young and old, men and women, whether they like performances or literary arts etc. Many artists have made appearances here since 2007 and have had nothing praises for the high level of organization and the quality of programs. Famous artists that were guests here include Lang Lang, Renee Fleming, Itzhak Perlman, Joshua Bell, and Pat Metheny. As we said earlier, there are many forms of art and the reason why this is one of the best festivals in Boca Raton is that it stimulates everyone’s taste. The Raiders of the Lost Ark, West Side Story and The Wizard of Oz were performed with the live orchestra here to an astounding effect. Also, many renowned speakers participated in the festival’s work; people like Sir Salman Rushdie, a historian and Pulitzer Prize winner Doris Kearns Goodwin, Daniel J. Levitin, and many others.

Europe has a representative among the festivals of Boca Raton, so why wouldn’t South America have one too? And who else but the Brazilians? The Brazilian Beat is in its essence everything that makes this country’s festivals famous worldwide. There is live music on the streets played by the authentic instruments and people are dancing the whole time. It is merry, cheerful and lively and missing this would be a shame. This festival is a symbol of what Boca Raton is about and it is no wonder then, that the Moving Kings Van Lines FL have had their hands full in recent years with people moving here. The people love it here and the spirit of this festival is one of the reasons for it. Celebrating Brazilian Independence Day with a Samba Parade involving Zumba and capoeira dances, and the Brazilian cuisine is a truly memorable experience.

The proof of the Boca Raton’s open-mindedness is the variety of their festivals. The Geek Fest is probably the best example of this as it is one of the best festivals in Boca Raton. This is an event for all those who love and admire the stories and characters of Superman, Batman, Luke Skywalker, Aragorn, Harry Potter, and other fan-favorite pop culture icons. This event is open for public and people of ages can come here and enjoy themselves. There are dozens and dozens of various workshops here. Also, there are even more tables with comics, board games, memorabilia, and collectibles. It is not as big as San Diego Comic Con, for instance, but this festival is a great place for all the geeks out there.

So, this is it. This is our list of best festivals in Boca Raton. We hope that you liked it and that you will visit them all one day. Have fun!